The power of memories

The FamilyShare project – supporting and connecting residents at aged care facilities living with dementia, as well as their families and carers – was an incredible opportunity to bring our team’s skills into aged care. We worked with the Dr Kanvar Nayer, a lecturer in Industrial Design at Monash College and with the CollabCare Team in Melbourne, helping them commercialise a successful trial of MemoryBox – Dr Nayer’s PhD project – to a comprehensive, market-ready and scalable digital platform – FamilyShare.

Why it all started

And while there are a lot of applications for people living with dementia, you can't just give them a phone and expect them to use it, like the younger technologically-savvy generation would.” 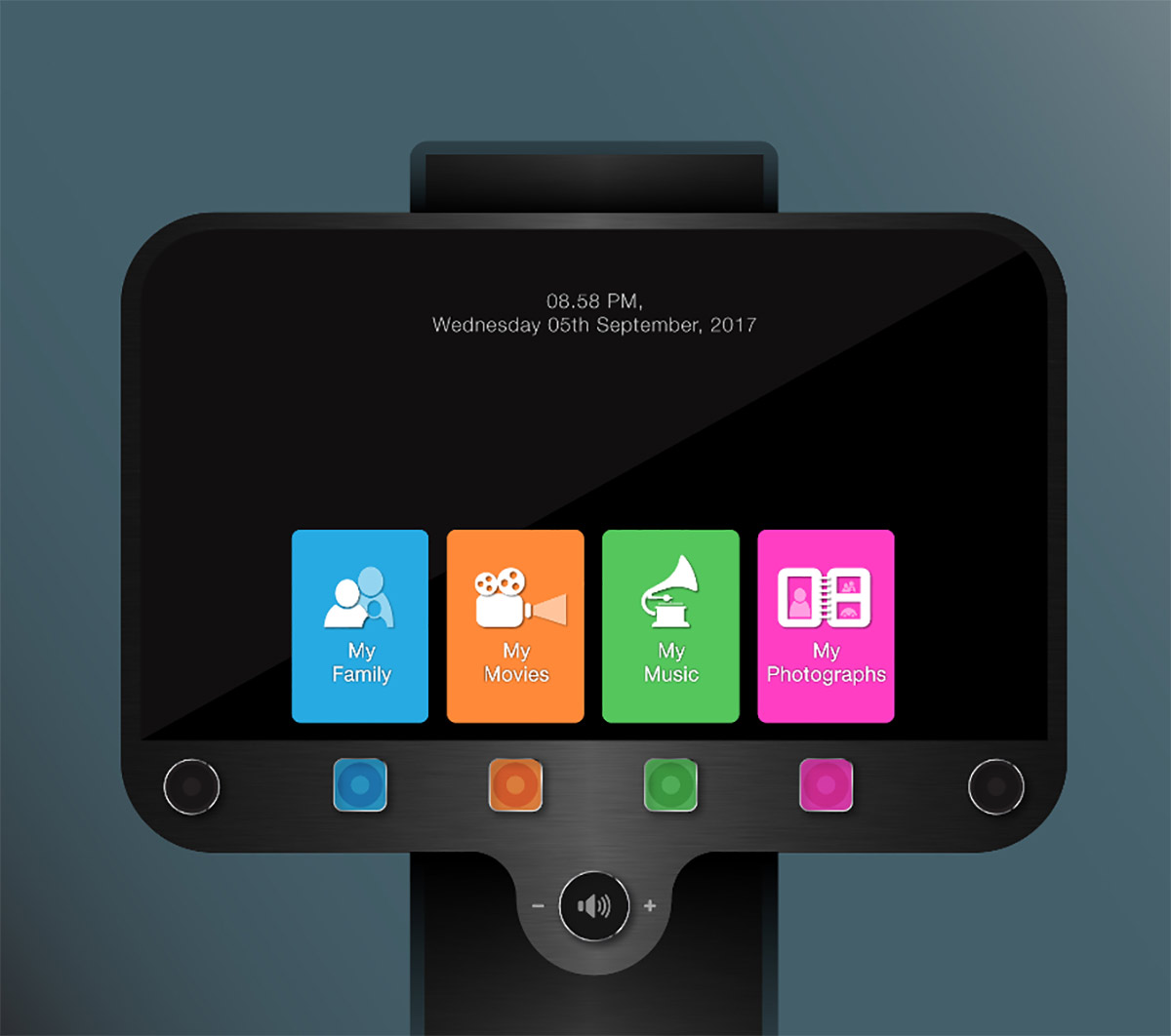 Kanvar designed an intuitive multimedia system that caters to the specific needs of people living with dementia by researching well over 200 publications and spending time with psychologists, residents at aged-care facilities, their family members and caregivers. Every aspect, from the size and type of touchscreens, to the force required to press tactile buttons, right down to the gaps between selections, on-screen colours, icons and fonts, was explored to build the ideal prototype.

Early trials at aged care facilities showed strong validation, including reduced depression and anxiety among residents, as well as increased quality of life. The benefits also flowed to caregivers who reported reduced burden and high levels of enjoyment as they watched residents use what later became known as ‘FamilyShare’.

Commercialising and scaling up

Our team was brought in at the conclusion of the early trials with the goal of setting the market and launch strategy, developing the technology roadmap, and assembling a high-performing development team to execute a scalable, cross-device-platform solution for FamilyShare.

“Katja and Nikhil are by far the most professional, empathetic and enjoyable people I have worked with. I would be so lucky to work with them again, in any capacity.”

FamilyShare has become a non-medicinal intervention for families and carers to help manage challenging behaviour in people living with dementia by providing a high degree of autonomy to eldery people in accessing their memories and family connections.

The results speak for themselves

But perhaps the greatest result was seeing how it brought joy to the residents and their families. "There was one family who said they just wanted to see their mum smile again … and, boom, there was a smile. With another, when the Richmond theme song played, she started singing along and the carers were looking at her like 'who is this?' because it's a side of her they hadn't seen in a very long time."

"Another resident was a professional pianist. When she listened to her own recordings, her fingers started moving as she played along with the music. Her family were in tears.”

FamilyShare is a great example of how human-centred design of technology and a strong co-design approach throughout the discovery, validation and execution phases results in creating digital tools that truly make a difference in the lives of aged care residents, their families and carers.